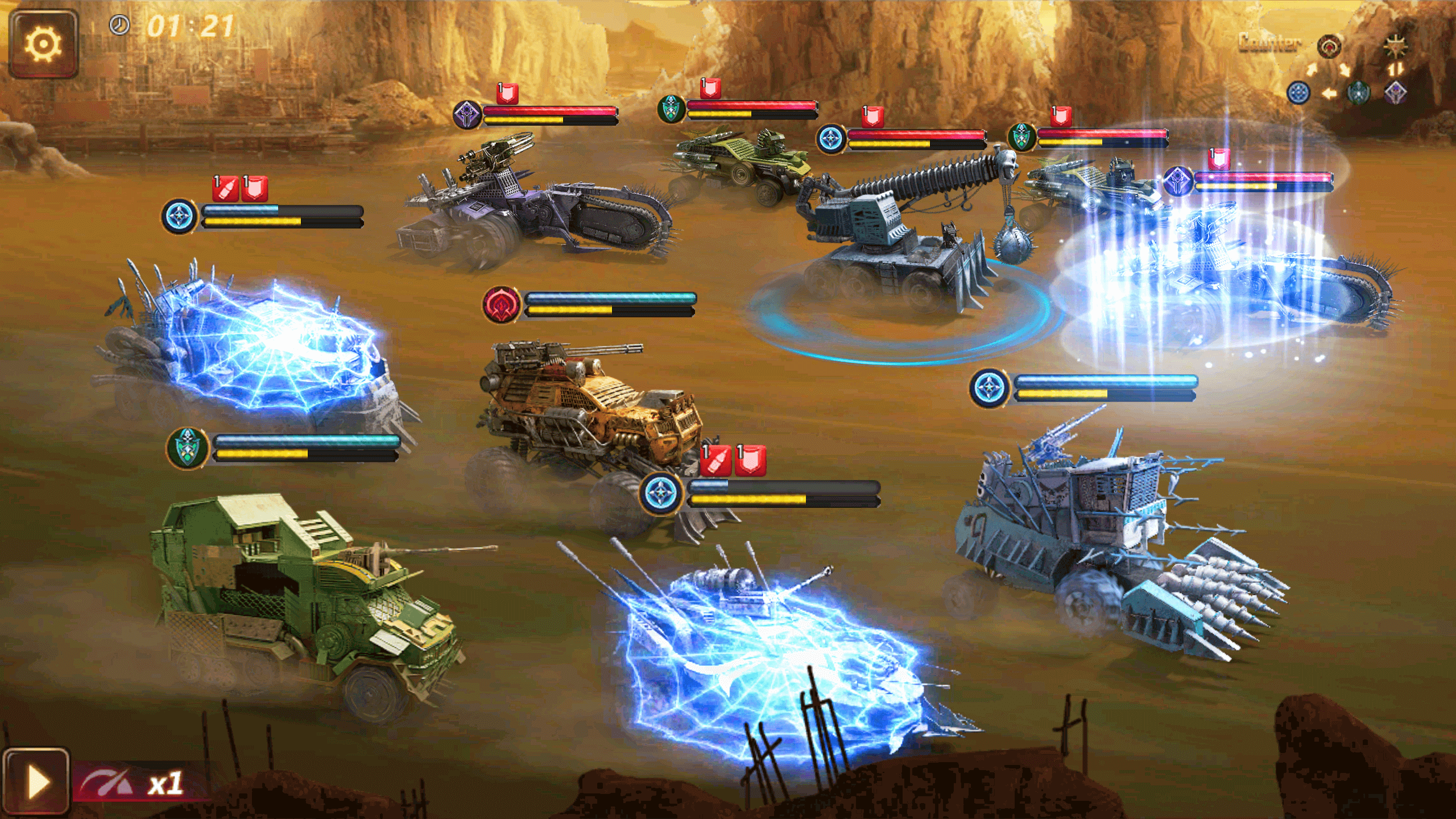 The car operation is dominated by attack until one side destroys all cars of the other side to win.